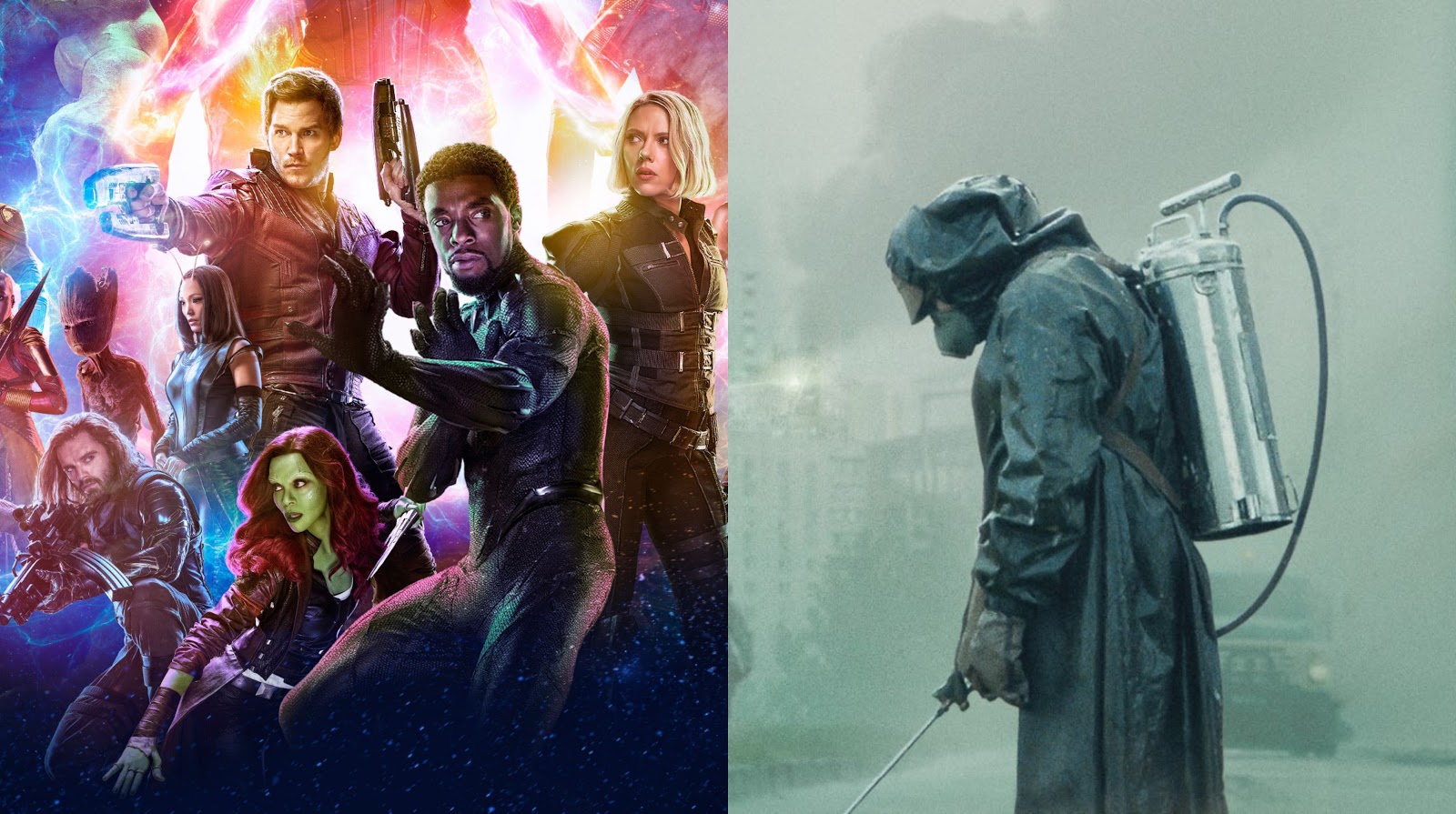 I’ll watch just about any film you sit me down to see. Whether it’s an acclaimed masterpiece of great cultural significance or the lowest of the low, bottom-of-the-barrel trash ever patched together, I’ll find time to spare and consume it. After all, it’s only, at most, a time investment of a few hours. I can do that anytime. However, this free mindset does not translate over to television.

Often, I’ll be speaking to a friend about a certain TV-show, and watch their jaw drop when I say I haven’t seen it. I swear this happens at least once or twice a week. Why? I don’t really put in the effort to sit through a whole season of television, unless I know for a fact that it is going to be worth that time. That may be hypocrisy of the highest order coming from a guy who once spent an entire weekend watching the shittiest possible Godzilla movies, but that’s my principle regardless.

And this is where I finally get to the point. Since I am quite apprehensive when it comes to TV-series, it took me a while to watch HBO’s new 5-part mini-series Chernobyl. It finished on June 3rd, but I didn’t finish it until August 4th. Because of that, I had the interesting experience of watching the hype machine in action from the outside.

As soon as the show was over, it seemed the whole of the Worldwide Web flocked to forums and sites to proclaim its greatness. Within days, it skyrocketed to the top, both in terms of popularity and praise. When it came out, the show had an unprecedented rating of 9.8 on IMDb, the largest film-related site in the world. It has since gone down to a 9.5, but now sits comfortably as the second highest rated piece of media on the platform. It’s only bested by Planet Earth II, which still makes it the highest rated fictional TV-show ever.

As I was watching this from the outside, I knew there was no way the show could live up to this immense hype. So when I watched it, I wasn’t surprised at all to find that I was right. Don’t get me wrong, it’s a really good show… But the best ever? Hardly.

Now that’s all well and good, but something bugged me about this. I thought about it and thought about it, and then I realised why. It wasn’t the first timed it had happened this year… Cue the music.

If you can read headlines, you’ll know what the second example of this phenomenon was. And again, I’ll use IMDb to illustrate it. If you take a quick look at the Top 250 Movies on the site, you’ll see the expected things: The Godfather, Forrest Gump, Lord of the Rings, etc. Until we get to spot 26, which is currently inhabited by one of this year’s installments in the Marvel Cinematic Universe: Avengers Endgame.

Dang, you might say. The 26th highest rated movie in the world? That’s a bit much, innit? And to that, I’ll have you know that the movie held its place in the top 15 for about the first two months after its release. Top 15. Ever. Imagine it: Above almost any all-time great film you can think of, we have a three-hour action movie where people in tights go look for four shiny McGuffins by travelling back in time.

That makes me sound like a pretentious snob who just hates big blockbusters. Which I am, in some ways, but I also absolutely adore quite a few of the movies in the MCU. I watched Iron Man so many times as a kid that I wore out the DVD. I live for the Guardians of the Galaxy movies. But you can’t honestly tell me that Avengers Endgame, regardless of how much you love the characters, is even close to the quality of The goddamn Godfather. Gimme a break. It’s not even the best Marvel movie. Not even close.

Taking a look at the rest of the Top 250, 96 of the films on there came out in the last 20 years. I’m not very good at math, but that reads to me like pretty disproportionate numbers. To be fair, IMDb became popular around 2006, and most of the people using it aren’t as interested in older films (which is a problem all on its own), but still.

What is Recency Bias?

Recency bias is a psychological phenomenon that mostly relates to performance reviews and the like, but is equally applicable when assessing films. Boiling it down, it’s basically the way in which your brain is more likely to remember the things that happened recently when evaluating something. This is why, in a performance review at a job position, it is most important to do well in the weeks and months preceding the check, because that’s what your boss is going to remember most clearly. The same goes for films.

Time inevitably passes and as it does, our memory of different movies get fuzzier, regardless of quality. Good things may get better, bad things may go away and that’s the reason most people see the past in a brighter light than the present. It’s just how our brains work. But with recency bias added into the equation, something very interesting happens.

Nowadays, we spend much of our time on social media. And if you’ve ever spent a day or two on there, you’re familiar with the way an entire site may jump on a certain topic, discuss it like it is the most important thing ever for about a day and then drop it entirely. Pair this with recency bias and we suddenly have cycle after cycle where “X” movie or TV-show becomes heralded like the second coming of Christ for about a week, and then everyone kinda forgets about it after a while. Everything has to be “The best ___ of the decade” or the “greatest ___ I’ve ever seen”, or somehow it’s not interesting enough. And that isn’t fantastic.

What does this mean for the future?

This phenomenon makes it very interesting to think about what movies and TV will be remembered when we look back on the 2010’s, fifteen, twenty years from now. It feels like it’s harder than ever to know what is going to stand the test of time since every other movie is hyped beyond measure.

I don’t have any hard data to prove this, but it feels like in the first half of this decade there would be a movie every once in a while, that pretty much everybody agreed was going to be a classic in the future. These days… it feels like there’s at least one movie a month being proclaimed as a future-classic. Browsing the film-spheres of Twitter I’ve seen this said about tonnes of movies. To pick a few: Booksmart, The Farewell, Avengers Endgame, Us, and Midsommar. Nothing against those examples, I love a few of them. But are all those movies gonna age like fine wine and be classics in the future? I don’t think so.

With both social media and recency bias, there’s seems to be something very interesting going on. Nostalgia for the 80s and 90s is more popular and widespread than ever, but never before do we seem to care so little about what movies came out in the past.

13,717 Comments Endgame, Chernobyl and the Opposite of Nostalgia