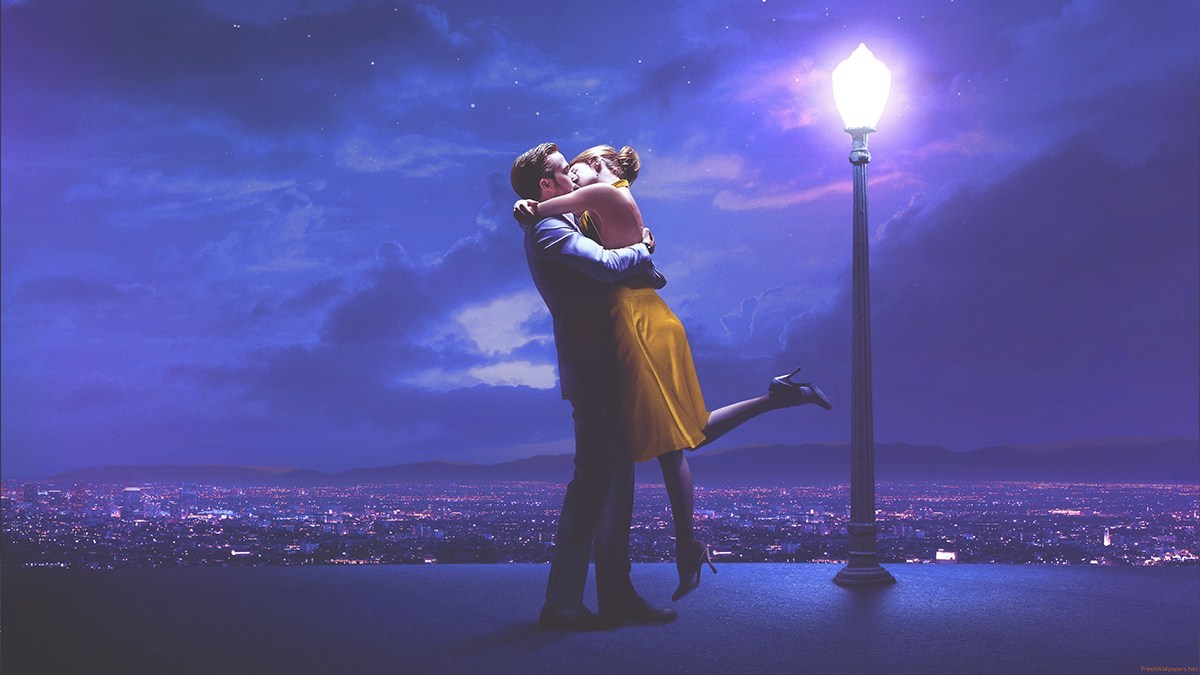 A few days ago I published an article about how seemingly every movie that comes out nowadays is heralded like a masterpiece. Critics and fans alike constantly cast predictions that this movie or that movie are going to be classics, and it seems like it’s anybody’s game at this point. Some movies are forgotten immediately after release only to become more relevant in the years to come, while others seem to come out the gate swinging for the stars and then peeter out as time passes.

So that made me ask the question: What movies from the last 10-or-so years will be classics in the future? Well, to answer that, I put together a list with two movies from each year of this decade (except 2019 because most good movies come out in the latter half of the year) that I think will go down as a classic, one in the mainstream and one as a cult classic. Keep in mind, this is not in any way a list of my favourite movie from each year – that’s coming later, so just you wait.

Also, if you feel like going to the hospital, make this list a drinking game and take a shot every time Ryan Gosling shows up. Didn’t mean for that to happen, it just kinda did.

Anyway, enough with the hoopla. Here’s the list. Starting with…

This is probably the least controversial pick on this entire list. While there certainly are other films from this year that could be future classics, namely Black Swan, The Social Network, and Blue Valentine, there really is no disputing the impact this film has already had on cinema culture already.

The amount of iconic things in this flick is enough for an entire decade of films. Everything from the music to the backdrops to the story structure are so ingrained in the collective unconscious of the world today that no other film could’ve held this spot. It’s even gotten to the point where the movie’s title has basically replaced the word “mindfuck” in the average moviegoers lexicon.

The movie is kinda bad but you can’t beat that Daft Punk soundtrack.

Cult classic: The Cabin in the Woods

This one is on the cusp of being mainstream for how deeply it’s been embraced by the horror community, but I don’t think it’s quite there. Great movie, though.

Making such a tough subject into a movie this entertaining was a very risky move. Thankfully, I don’t think there’s a single person who would disagree when I say it payed off. Featuring Tarantino behind the camera at the top of his game and Leonardo DiCaprio completely re-inventing himself in front of it, delivering the most famously terrifying performance of the 2010s, Django Unchained hasn’t left our minds yet. And I dare say it won’t any time soon.

When this movie premiered at Tiff and Venice film festival, it stirred up quite a controversy. People couldn’t believe a movie like this was real. Starring Selena Gomez and Vanessa Hudgens, no less. It was the epitome of former child stars shedding their Disney-image. For that reason, this became the most financially successful of all of director Harmony Korine’s films. His insane mix of debauchery and poignant social commentary reached a larger audience than ever before and reactions were mixed. Some people hated it, a lot of people loved it, and thanks to that, seven years later, we’re still talking about it.

Through the 70s, 80s and 90s, Martin Scorsese churned out classic movie after classic movie. From Mean Streets, to Taxi Driver, to Raging Bull to GoodFellas and so on. In the 2000s, that slowed down a little bit. While many people adore them, Gangs of New York, The Departed and The Aviator just aren’t as beloved and admired among film fans. He hadn’t really pulled off that absolute smash hit. Then came The Wolf of Wall Street. It was a three-hour hulking monstrosity of a film that was impossible to ignore, and I mean that in the best possible way.

A case could absolutely be made for 12 Years a Slave in 2013, too. But since I can only include one mainstream classic it is what it is. I am actually going to cheat for my Cult pick, though. Yeah, you heard me.

Looking back on it, there were tonnes and tonnes of absolutely fantastic films that came out in 2013. Honestly, I’d probably call it the best year for movies of the decade. With so much to choose from, I quickly realised it would be impossible to pick just one movie for this slot. Of course, I know that’s against the rules, but come on! Here we have two movies directed by and starring the same people, that came out in the same year, and they’re both incredible. For that alone, they earn this spot.

In researching this article, I ran across a reddit thread that asked the same question I do in my headline. In the responses, this movie was the most popular answer. Whiplash was the debut feature from Damien Chazelle, and it blew audiences’ socks off in 2014. The palpable tension and incredible, ferocious intensity generated in many of the scenes in the movie are enough to give most people nightmares, and considering how celebrated this film evidently still is, it’s going to keep doing that for a long while.

The question posed at the heart of Ex Machina is an eternally interesting one. For that reason and many, many others: that Alicia Vikander performance, the fantastic script  (but let’s be honest here, chiefly a scene of Oscar Isaac dancing), this one is definitely a future classic.

You all knew this was coming. Never mind Inception, if there’s one movie from the 2010s that will, without the shadow of doubt, go down as a classic, it’s Fury Road. In a massive poll of critics and industry professionals, this was voted the best movie of the 2010s, with ample reason. It is very rare that I have physical reactions to films I see. When the credits rolled on the fourth installment in the Mad Max franchise, I was shaking. Actually trembling. My friend and I sat down in the parking lot outside the theatre for 25 minutes, just breathing. Not believing what we had just witnessed. Despite the famous quote from Immortan Joe, this movie is anything but “Mediocre!”.

Now this, this is a unique film. Shot in a way few movies are and featuring characters whose perspectives are rarely, if ever, shown on-screen, Tangerine is a helluva ride. It’s uproariously funny, more than a little dark and unexpectedly touching. With it, director Sean Baker broke through to the mainstream, but somehow, the movie got left behind a little bit. Despite all that, it’s destined to be a cult classic.

La La Land almost feels like it set out to be a classic. It was written, shot and edited, knowing full-well that it was going to happen. It’s a callback to the older days of Hollywood musicals but has an emotional core so strong that the movie deeply impressed me, a guy who hates musicals (especially Broadway-esque ones). There’s no arguing here: It has some of the best music, cinematography and acting of any movie in the 2010s, and deserves its place as a classic.

With an honourable mention to the Shane Black joint The Nice Guys, cult classic of 2016 goes to this masterpiece of erotically charged intrigue. Directed by Park Chan-Wook, who most people know as the twisted head behind Oldboy (2003), The Handmaiden was lobbed deserved praise from every conceivable direction when it premiered at Cannes, but it’s more out there aspects (and the fact that it isn’t in English, of course), stopped it from ever truly catching in. It sits, however, comfortably as a surefire cult classic.

Jordan Peele, a man, at that point, most famous for a comedy sketch show, threw an incendiary grenade into the 2017 film discourse with Get Out. It absolutely ingeniously twists and turns many of the horror clichés we’ve come to expect over the years to effectively deliver its social critiques. The film is the second horror movie to ever win a major Oscar, and for good reason.

We, as a filmgoing audience, let this movie down. When its predecessor came out in 1982, it did poorly at the box office, but ended up gaining a massive audience later. The exact same thing is happening to this movie. Few people saw it in cinemas, but thanks to everyone who did (myself included) telling them how incredible it is, those people are checking it out as we speak. And if you, dear reader, are one of those people who skipped this movie when it came out… Do yourself a favour.

Thinking back on last year, there really is no film as universally praised, loved and rewatchable as Spiderverse. While quite a few people really liked Spider-Man Homecoming, it didn’t exactly look like one of the Spider-Man comics. Not since the Sam Raimi films had we had a visually faithful movie out this friendly neighbourhood superhero, so when this movie burst onto the scene, it’s fate was sealed.

In the opening paragraphs of this article I complained about the premature calling of classics, then spent an entire article prematurely calling classics, and now I’m about to end it by saying everyone who prematurely called Hereditary a future classic the moment it came out were completely right. The movie is disturbing as all hell and probably the most intense experience I’ve ever had in cinemas. This movie pushes right up to the edge of believability, sanity, and taste, but stays right on the fringe. That creates a beast of a film that, as it plays out before you, truly feels like a classic in the making.