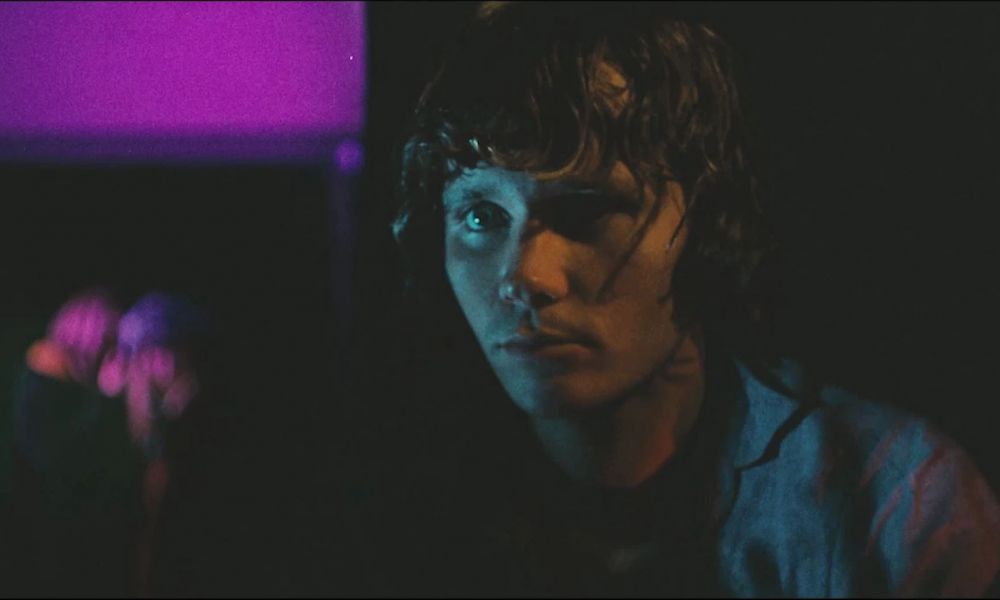 Movies are difficult. That’s right. You heard me. Controversial statement of the year, right? Seriously, though, there are an innumerable number of very specific jigsaw pieces that must fall into the right place if a movie is going to get made, let alone be any good. And if we’re talking some of the more risqué efforts attempted throughout history, that’s especially true.

In the last few years, however, some of the movies infamously stuck in development hell finally saw the light of day. Last year, Netflix released the excellent The Other Side of the Wind, for example. Filmed over several years in the 70s, it was the last film Orson Welles directed before his death in 1985. It struggled to get funding, had no real script and had actors come and go from the project like it was the birthday party for that one guy you don’t really know but still feel like you should swing by to see. Despite all that, a finished version of the movie was released to the world on November 2nd, 2018.

That inspired me to take a look into the archives. What movies are out there, still stuck in an eternal limbo of pitch-meetings and pre-production? Well, there are hundreds. But here are four of the most interesting ones I came across.

As detailed in a fantastic 2013 documentary, cult favourite chilean arthouse director Alejandro Jodorowsky worked for years to get his version of the seminal Frank Herbert novel off the ground. Together with his friend and collaborator Michel Seydoux, they adapted the book into a screenplay which would’ve had the movie clocking in at around a 14-hour runtime. Y’know. Standard blockbuster fare.

On the heels of critical darlings like El Topo and The Holy Mountain, Jodorowsky was able to assemble a team of some of the finest names in the industry. Thousands of storyboards from people like Moebius, a soundtrack by Pink Floyd, and starring folks like Salvador Dalí, Mick Jagger, Orson Welles and Gloria Swanson. Oh yeah, and did I mention they were going to have H.R. Giger in charge of set design? Yes. The guy who designed the Xenomorph. That guy.

Jodorowsky said of the film that it was his ambition to give the audience LSD-like hallucinations without consuming the drug. And knowing what he had done in previous films at that point, there’s no question he could have succeeded.

I think you’ll probably see this one coming after reading only the short description I just gave you. Basically, you don’t get to make a movie like this without an absurd amount of money. Simple as that. And when the team ended up spending $2 million dollars (in 1974 cash) on pre-production alone, investors got cold feet.

And that’s where the story of Dune ends. At least for this incarnation of the story. Ten years later, in 1984, David Lynch made a Dune movie that was critically panned and did poorly at the box office, which is unfortunate. However, in 2020, an adaptation of the novel, directed by modern sci-fi master Denis Villeneuve (Blade Runner 2049, Arrival) is hitting the big screen. .

Some of you might currently be saying that there already is a Lovely Bones movie. You’re right. It came out in 2009 and was met with mixed-to-bad reviews. What you might not know was that Ramsay was initially attached to the project, and at that time it looked very different.

Why didn’t it happen?

The Lovely Bones is based on a book by Alice Sebold. But before the book had even released, Ramsay was given the first two chapters by a producer and had agreed to do the project since she loved what she read. The problems began once she got to read the whole book. It turns out, Ramsay hated where the book went in its second half, saying it “had no drama, and was pretty schmaltzy”.

As a consequence, the finished script she turned in to the studios was very different from the original novel, taking a more unconventional approach on the whole story. This made the production heads pretty uncomfortable and soon Lynne Ramsay had been replaced with Peter Jackson who worked from a completely new script.

The movie currently sits at a 32% rating on RottenTomatoes. But Ramsay made We Need to Talk About Kevin instead and, y’know, thank God.

As a huge David Lynch fan myself, I couldn’t help myself from including this one, simply because of how brilliantly fantastic it sounds. Brace yourselves for this one.

Ronnie Rocket is the story of… uhm… Actually, you know what? I don’t think I could put this into my own words, so I’ll just go ahead and paste in the official logline:

The story of a detective seeking to enter a mysterious second dimension, aided by his ability to stand on one leg. He is being obstructed on this quest by a strange landscape of odd rooms and a threatening train; while being stalked by the “Donut Men”, who wield electricity as a weapon. In addition to the detective’s story, the film was to show the tale of Ronald d’Arte, a teenage dwarf, who suffers a surgical mishap which leaves him dependent on being plugged into an electrical supply at regular intervals; this dependence grants him an affinity over electricity which he can use to produce music or cause destruction. The boy names himself Ronnie Rocket and becomes a rock star, befriending a tap-dancer named Electra-Cute.

Yep. Wrap your heads around that one. If you’ve never seen any of Lynch’s work, like Eraserhead or Twin Peaks, this probably sounds both insane and insanely terrible. Trust me, however, dear reader, if there was anyone out there who could’ve made that mad synopsis a reality, it’s David Lynch.

Originally, it was going to be the follow-up to Lynch’s aforementioned debut feature Eraserhead, but after writing the script, Lynch was unsure if he was going to be able to secure funding for the film. Despite that, Lynch and a producer named Stuart Cornfeld searched far and wide for a studio comfortable with funding the film. They found nothing.

Instead, Lynch would go on to direct The Elephant Man in 1980, Dune in 1984, Blue Velvet in 1986, and so on, so forth. Apparently, many people approached Lynch after each of his films, telling him that he should and could make Ronnie Rocket now that he was a more established name. But alas, nothing.

Why hasn’t he returned to it? We don’t really know. In several interviews he has referred to the project as “hibernating” and suggested that he may make the film when he’s at a stage in his career when he “doesn’t really care what happens…”. In the end, chances of ever seeing it seem slim, but I’m certainly keeping my fingers crossed.

Well, as you can probably guess, the answer to that is no. In 1968, immediately after writing, directing and editing the monumental science fiction masterwork 2001: A Space Odyssey, Kubrick set his eyes on making a historical epic about the French conqueror Napoleon Bonaparte.

For a good handful of years, he absolutely immersed himself in research. Amassing a huge collection of pre-production material. There were reportedly over 15,000 location scouting photos and a database of nearly 17,000 additional Napoleon-related photos, all in preparation for the film. Kubrick had even called up the Romanian Army to help out with the large-scale battle sequences. And not only had they consented to helping, they also committed 10,000 cavalry men and 40 fucking thousand soldiers to be extras in the scenes. According to personal notes, Kubrick was apprehensive about certain aspects of the film, but had no qualms claiming it was going to be the greatest movie ever made.

Why didn’t it happen?

In 1970, several years into pre-production and not long before principal photography was set to commence, a little movie called Waterloo released in theatres. It bombed. Pretty hard.

Napoleon‘s budget would hardly be small, and because the smiliar historical epic Waterloo had been a financial failure, MGM, the production company behind the movie, jumped ship.

And so died Napoleon Bonaparte.

There was no way to get it off the ground without the support of a major studio. Kubrick tried many times over the years, but could never get it off the ground. Thankfully it wasn’t a complete waste of time, because Kubrick did use quite a bit of his Napoleon research in the making of his 1975 film Barry Lyndon. You might not know this about me but I, probably, no joke, consider that the best movie of all time. So yeah.

Makes ya wonder what we would’ve had with Napoleon, though. Movies are hard.

Haven’t had enough? Check out these recent articles: