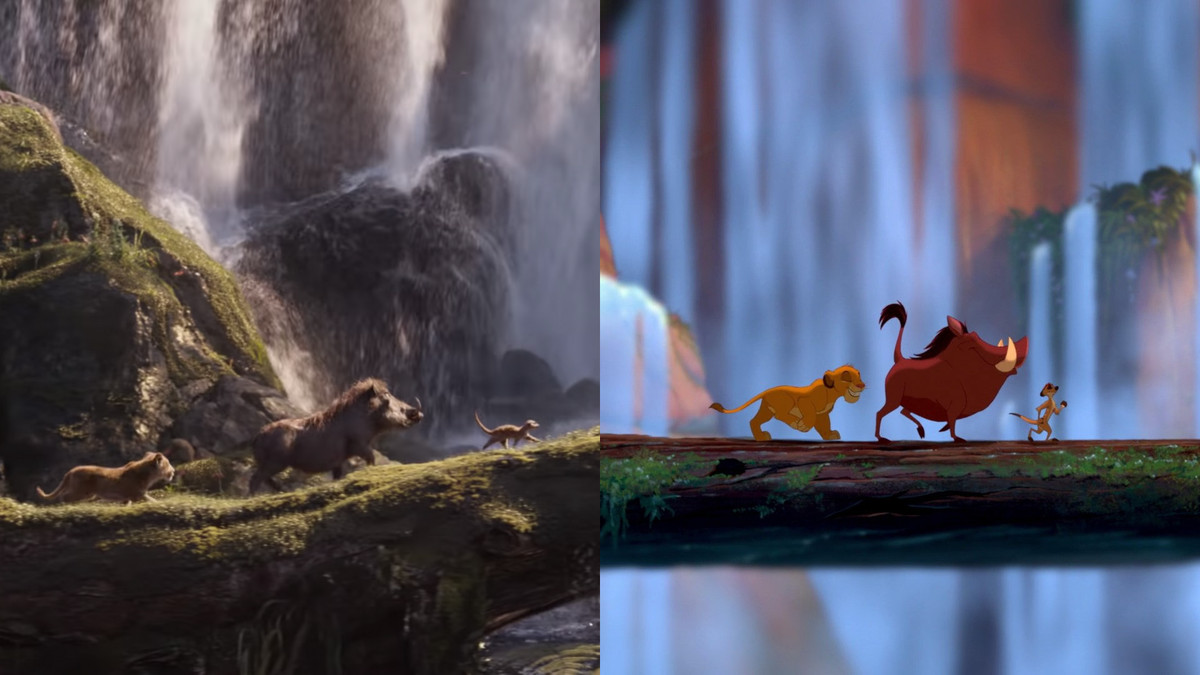 “Nay, answer me; stand and unfold yourself!”

Oh, boy. Here goes nothin’. The new “live-action” Lion King remake came out in cinemas worldwide a few days ago and I think I’m just gonna stay home and watch Roar for the third time or something. I’ve been making the argument for why this movie is a waste of time in discussions with friends since the first teaser trailer came out in November. So when I came into the office today and someone suggested I should put those opinions on paper, I thought something along the lines of “Yeah, might as well.” So here goes nothin’.

What’s this all about, then?

Disney has been regularly releasing live action remakes of their classic works since 2010, and I honestly haven’t really cared about them at all. I did Alice in Wonderland when I was a kid, and I heard Maleficent was alright, but I didn’t see it. Although, I do actually appreciate that Disney went into some original directions with these two. Sleeping Beauty from the villain’s perspective is kind of awesome, and Tim Burton being let loose in Wonderland was fun. But then, something happened…

Looking at the promotional material for the later remakes, like Beauty and the Beast and Aladdin, that little bit of originality is gone. The teasers, trailers, posters and all the rest rely entirely on the audiences’ nostalgia for the original. “Hey, remember this?!”. Still, those didn’t bother me that much because I never watched the initial films when I was a kid. But then came The Lion King.

In November, the World Wide Web exploded. The teaser dropped online and for some reason people got very excited. “It’s the Lion King, but it’s real!” Except, y’know, it’s not. Already then, I really did not understand what everyone saw in this movie. The new teaser trailer was a shot-for-shot remake of the teaser trailer for the ‘94 film, a fact I didn’t know until Disney posted a comparison video. They had the audacity to post a comparison video. And that’s when the bubble truly burst for me.

Sure, it looked real but what’s the point? Photorealistic painting was big fad in the art scene of the late 19th century, and if you ask me, it’s one of the least interesting art movements. Are we really going back to that? Watching this teaser trailer I was struck instantly by how much more interesting the original looked. I don’t know if it’s just me but when I watch a movie I like to see the characters emote and show some emotion when its called for. The new trailer suddenly looked like they’d taken Hamlet and mixed it with mumblecore.

In ‘94, the colours popped, the animation was beautiful. The original movie is animated not because they didn’t have the money to make it photorealistic but because there are a million things that make animation more interesting than real life. All the glimpses at the new film look flat, brown and uninteresting, and that’s all I’ve got to say about that.

Or so I thought. Because then it got worse.

Problem-free philosophy? Not so fast

Last week, doing an interview on Jimmy Kimmel Live! the movie’s leading man Donald Glover debuted a clip where Simba, Timon and Pumbaa sing the signature tune “Hakuna Matata”. Instead of the rich colours, fun and broadway-inspired choreography, clever timelapse and loveable character animation, what we saw in this clip was three character models jogging toward a stale camera, unnaturally moving their mouths and bopping their heads. It’s a flat tracking shot and nothing else. Do I even need to say anything else?

Now you might be saying, “You know what, Noah? I see your point, but I don’t know why you’re getting so worked up about it. Let other people enjoy what they enjoy and go back to writing about obscure french dudes.”

I will get back to writing that stuff, but right now, I’m talking about the Lion King ‘19 because it’s part of a large and worrying trend.

Current box office predictions say The Lion King is poised to become the biggest July opening of all time, beating Harry Potter and the Deathly Hallows Part 2’s record by raking in $450 million dollars by the time Sunday becomes Monday. We already knew this movie would make tonnes of cash. And so, apparently, did Disney. There are currently 5 upcoming live-action remakes in some stage of production…

Disney will continue making these until we stop paying to see them. Simple as that. This scenario might not be a problem for some of you, but I for one would really like to see some of the fresh and original voices in American animation actually get a chance to tell a new, engaging story. The Lion King ‘19 is nothing but a cash grab. It has nothing new to bring to the table, and right now the table is filling up with unoriginal, nostalgia-baiting nonsense. Never before in the history of animation, or film in general, have franchises, sequels and remakes dominated the box office this heavily. At this point, there are basically two types of movies: the small-budget indies and the trunk-knocking blockbusters. The mid-budget motion picture is dead. And accompanying it to the grave is a type of story that can’t be told in movies anymore unless it’s directed by and stars some hugely successful celebrities.

The pretentious arthouse crowd often give Steven Spielberg shit for basically inventing the modern blockbuster. That is extremely unfair. The movies that invented the blockbuster: Jaws, E.T, Indiana Jones, Star Wars were, and remain, original. They made boatloads of cash because they were entertaining, had a heart and showed audiences things they’d never before witnessed. The Lion King ‘19 will make boatloads of cash because a while ago we saw another movie called The Lion King and that one was good.

To hell with it, I’m staying home and watching Roar.