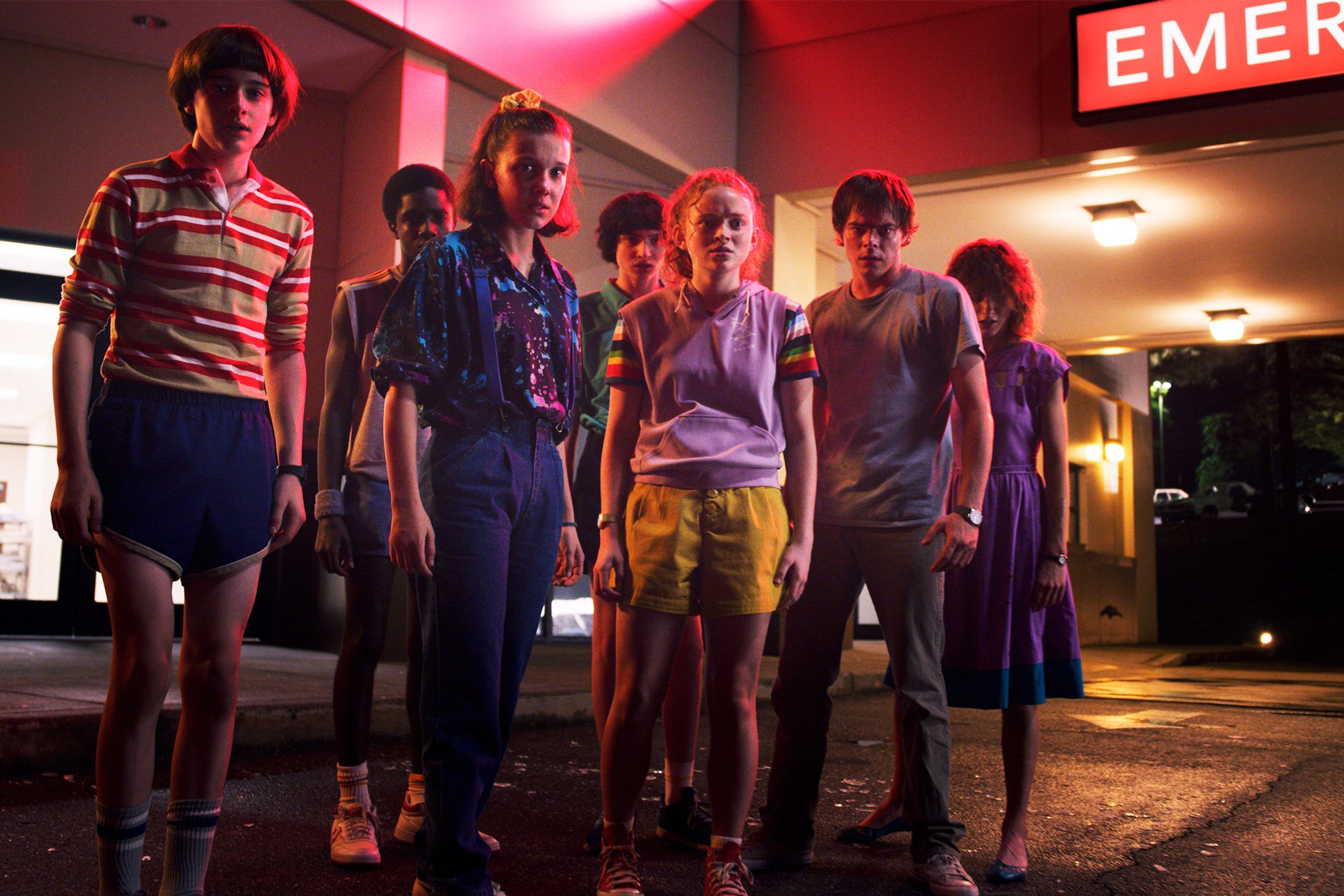 The following review of Stranger Things season 3 features MAJOR SPOILERS for the entire series, but only after I issue a warning. So if you haven’t seen it, I guess you can knock yourself out reading the first couple paragraphs. But really, if you haven’t watched it, what the hell are you even doing?

In my opinion, 2018 was one of the best years for movies in recent memory. There was no shortage of great films. Every weekend there was a new anticipated release, and somehow pretty much every one of those releases ended up being just as satisfying as I’d hoped.

2019 has not been like that. Sure, there have been a handful of great films so far, but for the most part, each month has come and gone without leaving much of an impression. Aside from maybe Climax, Us, and John Wick 3, I can’t really say I’ve loved a single new release on the big screen this year.

Unfortunately, the small screen seems to have echoed that, too. The long awaited final season of Game of Thrones left audiences, myself included, frustrated and disillusioned with a show we’d previously loved so deeply. So, all in all, since I can’t really call myself a Marvel fan, there hasn’t been a wholly gratifying blockbuster to speak of in 2019… Until now.

If you’re like me, your weekend following July 4th was utterly, entirely consumed by one thing: Stranger Things 3. It’s now been nearly two years since we last visited Hawkins, Indiana, so you gathered some friends, and you binged the whole thing. And since your only breaks taken were spent either sleeping or talking about the show, you were completely consumed, captured in a bubble of loveable characters, 80s tropes, disgusting monsters and fireworks. Lots and lots of fireworks. If you’re like me, at least.

And it seems there are a handful of people like me, because the show is the most successful in Netflix history: these newest episodes being watched by more than 40 million people in its first few days. After that, I came to a few conclusions. So here are a couple reasons why Stranger Things 3 is the finest season of the show yet, and the best blockbuster of the year.

Honestly, I hadn’t realised how much I missed Mike, El, Steve, Max and the gang before we fired up the first episode. Hilariously, it starts with an extremely goofy cold open at a shady Russian base before cutting to Mike and Eleven making out in her bedroom.

Immediately, the show tells us that it will lean farther into that fun 80s cheese and that our favourite characters are now growing up. It sets the stage for a season that feels fresh, even though its central plot reads like an almost exact retread of familiar ground.

With these altered circumstances, the show gets to explore some issues it feels like its been itching to delve into since the very start. The relationships between the characters we’ve come to take for granted are falling apart. Both Dustin and Will feel like outsiders in a group, Dustin because he’s been gone for a long time and Will because he doesn’t quite see why the others are suddenly so interested in girls. Mike and Eleven are having a hard time keeping it together as all of Hopper’s worst tendencies boil to the surface in his new position as father.

This is one of the spots where this new season truly shines. Even though we’ve come to know these kids so well over the last few years, something feels different, and just like the audience knows something is off, so do the characters. Thankfully, they’ve also turned Eleven from a plot device with one or two lines saved by an amazing performance from Millie Bobby Brown, into a character with actual personality, enhanced by a an amazing performance by Millie Bobby Brown. So that’s great.

The creators of the show, Matt and Ross Duffer have a firm grasp of who these characters are. And since season 4 is all-but-confirmed to be the series finale, they know exactly where they’re going.

Still, here’s where my only major gripe with the season comes into play. The character arcs this season seem a little messy. After thinking about it, I understand what each character had to do in the show and why where they ended up was significant, but for how high the stakes are, the changes among the core cast don’t always seem to match.

One of the best aspects of the show, in general, is the way it lovingly pays homage to classic 80s clichés, and then twists them in unexpected ways. In season 2, that was most apparent with the character Steve Harrington, who has now transformed from a stock bully, jock-type character into fan favourite babysitter.

In these new episodes we see that with Robin, played by Maya Hawke. Her rapport with Steve and Dustin was one of the most refreshing and fun parts of this new season, but her character also throws a rainbow coloured curve-ball into the classic “Alternative Girl”-love interest archetype we’ve seen in so many 80s films. Fantastic stuff.

The Tone and Emotional Core

A lot of people point to the second season’s 7th episode, The Lost Sister, as the show’s only misstep so far. I’m inclined to agree, but it’s only now, after it’s third season, that I feel Stranger Things has finally become truly and completely comfortable with what it is. Because The Lost Sister wasn’t the only problem with season 2. In retrospect, it was quite tonally inconsistent, which lead to many of the story beats not feeling earned and a messy storyline that ended up being unmemorable.

Fortunately, the show seems to have mended that. Stranger Things 3 is much darker, gorier and more brutal than we’ve ever seen the show previously, but it also funnier. It perfectly balances the comedic with the tragic, and effortlessly switches between the two tones without feeling forced. They know exactly when something is getting too ridiculous to take seriously and wisely play up the humour in those moments. Because of that, we get a batch of episodes that are the tightest and most entertaining yet.

This is in part thanks to the great score composed by Kyle Dixon and Michael Stein. But it is also thanks to a huge step up in visual flare, cinematography and direction. Season 3 is the most vibrant, colourful and beautiful one yet. With frames dripping with neon and very interesting compositions, they absolutely stepped up their game this time around and it ends up giving the show a new sense of confidence.

Secondly, they finally dared to dish out some meaningful death scenes. The last couple moments of Episode 8 nearly brought me to tears in an expertly choreographed series of scenes that wonderfully integrated climactic character beats with the highest quality special effects in any show this year. It was touching and good and nice and great and good, thank you.  It was really quite heartwrenching, and ending the series’ most lighthearted season with such a dark final note was a great touch.

Wait… what’s that I hear? You want an assortment of the best shots from the season? You got it, chief.

As the end credits of the finale rolled, I stood up to stretch my aching limbs and thought, “Well, that was even better than I expected”. As a whole, it feels much more polished than the last season and expands both on characters we know well and characters we don’t. It has gained a new visual flare and it balances comedic and dark tones in a much more satisfying way than before. The show is on a roll, barrelling fast toward a fourth and final season I could not be more excited for.

Never mind the Marvel movies, Annabelle or Aladdin, Stranger Things 3 is the undisputed best blockbuster of the year.