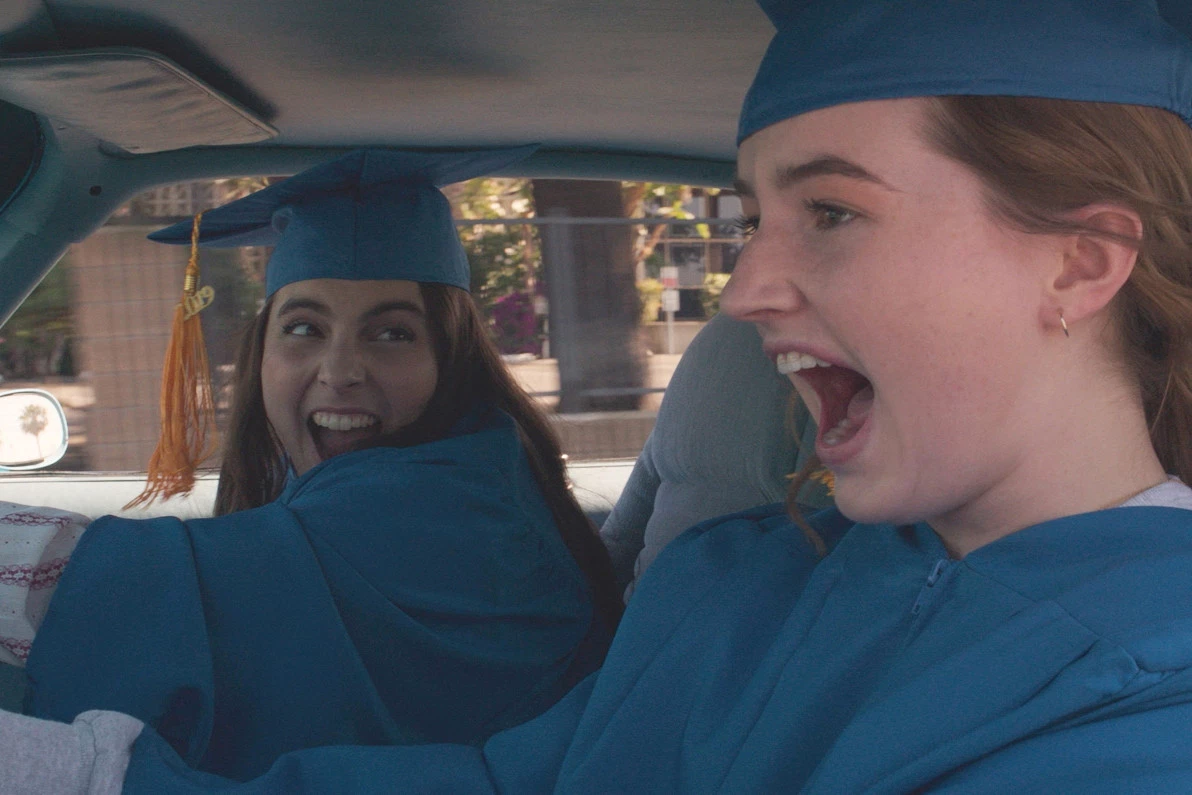 Somehow we are almost at the halfway point in this, the year of our Lord 2019. Don’t look at me, because I don’t know how it happened. What I do know, however, is that there have been a handful of great movies in theatres this year. Whether it’s Gaspar Noé’s pulse-pounding techno nightmare Climax, Jordan Peele’s brainy horror film Us, Claire Denis’ atmospheric High Life, or the spectacle of an event film like Avengers: Endgame, there’s been something out there for everyone.

Looking forward, the release schedule seems stacked with giant blockbusters… A remake of your favourite Disney classic or superhero movie seem to be coming out every other day, and we’ll talk about some of those, but what about spicing it up a little? Are there upcoming movies to fuel your need for creative, inventive, new cinema? Yes. Yes, of course there are. Here are 11 of the (hopefully) great movies 2019 still has to offer.

Last year, first time director Ari Aster traumatised the world with his future-classic horror film Hereditary. It starred Toni Collette in a performance robbed of an Oscar-nom and featured some of the most disturbing, upsetting and delightfully terrifying imagery we’ve ever seen on the big screen.

Well, as it turns out, he’s coming back to haunt us yet again, and sooner than we thought. The synopsis reads: “A young woman reluctantly joins her boyfriend on a summer trip to a Swedish festival where things quickly go awry.” Hereditary was the best horror movie of the decade, so the bar is very high. But, y’know, judging from the trailer, Midsommar is set to be another future-classic from one of the world’s most impressive young talents.

2. Once Upon a Time… In Hollywood

Despite these horrendous first posters for Quentin Tarantino’s new flick starring Margot Robbie as Sharon Tate, Leo DiCaprio as a struggling actor and Brad Pitt as his stunt double, the buzz around this movie has been insane. It is supposedly the iconic director’s penultimate film, and after its recent premiere at the Cannes film festival, many are saying its his best work since Pulp Fiction in 1994.

We know next to nothing about the movie’s plot. We know, from the few details released that it will be similar to Pulp, at least in structure, as the film follows multiple intersecting storylines and is filled with Tarantino’s signature genius, witty dialogue.

We’ll only know for sure how good this movie is once it comes out in August, but until then, the trailer has us gearing up for one helluva motion picture.

At some point along the way, the Fast and Furious movies went from being sort of dull movies about Italian people racing neon cars (or something like that) to absolute balls-to-the-wall, high octane, top gear insanity.

In this spinoff they are pairing up two of the greatest action stars on planet Earth for what we can only assume is the most bonkers entry in the franchise yet. Idris Elba is gonna be the movie. And for some reason he apparently has superpowers. Idris Elba has superpowers in this movie. No joke. How could you not be excited?

In all honesty, we know very little about this forthcoming Robert Eggers project. We know it stars Willem Dafoe (smoking an upside-down pipe?), and Robert Pattinson, and we know that the buzz and accolades surrounding this movie are pretty much unrivaled in recent memory.

According to most, if not all the people who have seen this film at the Cannes film festival, The Lighthouse is an absolute masterpiece, comparable to the work of someone like the legendary russian director Andrei Tarkovsky. It has already won multiple of the festival’s most prestigious awards and gotten some of the ravest reviews we’ve ever seen.

All signs point toward this movie being one for the ages, and we simply cannot wait.

When the first one came out, it absolutely shattered the competition and went on to become the single highest grossing horror film of all time. Based on Stephen King’s novel, here comes the sequel, and this time… It has twice the balloons.

Starring Jessica Chastain, Bill Hader, James McAvoy and a whole boatload of other beautiful people, we are of course excited to see the continuation of the story of Derry and the Loser’s Club and all that. But to be honest, I just can’t wait to see if they’re going to put the Turtle in this movie. If you’ve read the book you’ll know what I mean. All aboard the Hype Train.

In Memoriam Interlude: Sonic the Hedgehog

Okay, look. I know what you’re thinking. But you know what? After the glorious trailer released a few weeks ago, and the hilarious backlash it caused, there’s no way you won’t see us in the theatre on opening day for this one. However, the movie just got pushed back to 2020 because they are re-working the design of Sonic. I, for one, think he looks perfect just the way he is, and we should all accept him.

With a tagline reading “Based on an actual lie”, The Farewell is the story of a family who decide to keep their grandmother in the dark about the fact that she only has a short while left to live. If that synopsis isn’t enough to grab your attention, I genuinely don’t know what to say.

Premiering at the Toronto International Film Festival, it was immediately met with great reviews, it was subsequently picked up by A24. For our unaware readers, any movie released by A24 is always, always worth your time. Seek this one out when it releases.

Many of us probably felt pretty content with the Marvel Cinematic Universe after Avengers: Endgame, but we would be lying if we said we weren’t at least a little interested in seeing where it’s going to go from here.

Knowing full well how spoilery the trailers to Spider-Man: Homecoming were, I haven’t watched any of the ones released for this movie (I refuse to do it, even for research purposes), but  Homecoming was one of the most entertaining entries in the whole franchise, and we have no hesitation betting this movie will be of similar quality.

Trailer (watch at your own risk, my friend): https://www.youtube.com/watch?v=Nt9L1jCKGnE&t=13s

Olivia Wilde’s directorial debut is about two best friends who realise they have spent far too much of their time in high school studying, and do their best to cram four years worth of fun into a single night.

If you listen to critics, which you (in most cases) should, then Booksmart is the most refreshing coming-of-age film in years. This movie is said to be absolutely hilarious, clever and touching. Those are three of our favourite adjectives, and when added together, they create a combo that is scarcely matched. Especially in the usual dead-zone known as high school movies.

South Korean director Bong Joon Ho is one of the most colourful and interesting directors working today. Going into one of his movies, you never really know what to expect. The man has made monster movies, dystopian sci-fi and detective stories, among many other things.

Or well, what I said two sentences ago isn’t entirely true: You can expect a fantastically directed, well shot, fascinatingly written and confounding movie that you will be thinking about for a long time. This is another movie on the list which premiered at the Cannes film festival, and even ended up winning the competition’s top prize, the Palme d’Or.

Do we really need to explain ourselves with this one? While some fans were disappointed with the direction the series chose to go in with its eighth installment, The Last Jedi, we were captivated with its interesting, fresh twists and turns and great cinematography.

J.J. Abrams, who helmed The Force Awakens, is returning to the director’s chair, and we are waiting (not very) patiently to buy our tickets for this anticipated conclusion to what has been a great bunch of movies taking place in a galaxy far, far away.

Jennifer Kent proved herself to be an incredible force to be reckoned with, thanks to 2014’s horror epiphany The Babadook. Now she’s back behind the camera, this time orchestrating a revenge film set in 1820s Tasmania. And she’s hit it out of the park yet again, because reviews are describing this as an unforgettable film of shattering beauty.

Knowing Kent’s supreme ability to get under the audience’s skin, we are expecting an affecting, violent but beautiful film dealing with a part of history that hasn’t had enough time in the spotlight. The Nightingale is one of many reasons to be excited for the rest of 2019.

Hello. This is a note Noah from way later than this article was published. This is a note from Noah who just realised Greta Gerwig’s adaptation of Little Women, starring Florence Pugh, Saoirse Ronan, Emma Watson, Meryl Streep, Laura Dern and Timothée Chalamet comes out in 2019 and not 2020.