We’ve all seen one or two. A movie so bad, so incredibly awful, that we could barely believe our eyes. It’s like a car wreck. It’s fascinating, and you can’t look away, despite how much you would like to. But if you’re like me, you kind of love this experience. There are few things as fun as putting on a truly terrible film while you have some friends over, and laughing all the way until the credits roll.

And that’s all well and good. But I have a modest proposal. Actually, it’s more of a statement, but I’ll spend the rest of this article framing it like a proposal: Bad movies are art. Not only that, but in some ways, bad movies are just as important as good ones.

First, let’s discuss usefulness. How do we define a bad movie? Is it a movie with terrible acting, a bad script, unclear direction, shoddy pacing? It can be all of those things, but really what you should view it as, especially if you’re a creator who wants to make movies of your own, is a lesson. A lesson in what not to do. And to be fair, that goes for all you writers and photographers out there too.

I would almost go as far as to say you should be taking notes while watching something like Jurassic Shark. Take note of all the details that add up to that horrific whole. Why doesn’t it work? What, besides a bigger budget, could have been done to improve it? If you were in the shoes of the filmmaker, how would you tackle something like a shark attack if you had no budget?

For a creator, bad movies are invaluable. Because in a movie where everything works, we don’t really pay attention to things like editing, shot composition, dialogue, and things like that. A horrificly bad movie gives us a view into the filmmaking process unlike any other. When nothing works, we are forcibly, constantly reminded of the process of editing, why shot composition is important and the like.

“Okay”, you may be saying. “You kind of have a point there. But in what universe can we consider bad movies art?” Wow thanks for asking, faceless reader! That’s a perfect segue into my next point…

In one sentence, I would say art is: A person or group expressing themselves in a way that resonates with an audience. You can’t have a play without someone watching it, and it isn’t a good play if no one gets anything out of it except ticket money. The same goes for movies.

And the thing is, bad movies can sometimes resonate just as deeply with an audience as a good one. Look at the communities that have formed around bad movies, for instance. There is an entire subculture among movie fans who go bonkers for this stuff, myself included. People who attend midnight screenings of The Room, or Samurai Cop, people who watch these movies over and over. And while most people don’t go to Samurai Cop for the same reason they would go see The Shawshank Redemption, there is still sincere enjoyment to be had with both films. If that isn’t art, I don’t know what is.

Bad movies are useful to creators because they are an unintented tutorial in what not to do. But despite that, there are millions of people all across the globe who would much rather watch something like Anaconda and see Owen Wilson get swallowed whole by a CGI snake, than watch the latest Palme d’Or Winner, and all power to them. Because if you would ask me, and you should ask me, I’d say bad movies aught to have the same place in pop culture that good movies do.

There is currently an awards show called the Golden Raspberries, or Razzies for short. They give out awards to things like Worst Director, Worst Actor and Worst Film. This is fine, but as you can imagine, receiving a Razzie isn’t exactly the greatest honour in the world. But it should be. I think the Razzies are due for a makeover. Instead of insulting people by giving them the award for Worst Actress or Director, they should be giving out awards that signify what bad movies were most enjoyed by audience members. They should be giving out Life Achievement Awards to legends of the craft like Tommy Wiseau or Neil Breen. It takes a special someone to be the worst, and that should be celebrated rather than bullied.

By now, if you aren’t convinced I’m right, it’s most likely because you haven’t experienced enough fantastically bad movies in your lifetime. Most of you may think you’ve seen really bad movies, but trust me, you haven’t.

Of course, there are inumerable bad movies with no inherent value whatsoever. There are movies that are so bad they’re good, but there are a thousand times more movies that are just plain bad. So in the interest of education, here is a list of some of the best bad movies ever made, just to get you started. Gather a couple friends, get some snacks and put on one of these 10:

Samurai Cop (1991) – The greatest fight scenes ever put on film, simple as that. 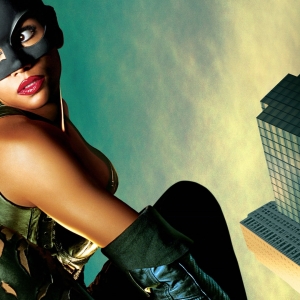 Catwoman (2004) – Other than the best basketball scene ever, this movie also features Oscar winner Halle Berry hissing at a dog and saying “meow” a bunch. It’s great.

The Wicker Man (2006) – Some people say the best performance in movie history is Marlon Brando in Apocalypse Now, or Daniel Day-Lewis in There Will Be Blood. I disagree.

Showgirls (1995) – Deliciously overacted and dumb, this movie is a non-stop laugh riot but don’t watch it with your grandma.

Double Down (2003) – The movie that propelled Neil Breen to legendary status. The movie that broke internet critic Rich Evans in a now-famous video. A movie directed, written, produced, edited, and starring the same wonderful person. Double Down is a lot of things. What it isn’t, is boring.

Alone in the Dark (2005) – You can’t make a list like this without german director Uwe Boll. So here you go Mr. Boll. God bless you, sir.

I Know Who Killed Me (2007) – Pretentious enough to give Lars von Trier an overdose, this is one of the most confounding movies ever made.

Who Killed Captain Alex? (2010) – Since reaching fame thanks to YouTube a few years ago, Captain Alex has grown into one of the most beloved “bad” movies of all time, and is essential viewing. Really, it would be a stretch to call this movie bad. It is a testament to independent filmmaking and proves that anything is possible if you have the willpower and love to do it, and I say that without the slightest shred of sarcasm. If you watch any movie on this list, bring some friends and watch this.

14,365 Comments Why bad movies are important